Maximum Power Point Tracking (MPPT), a simple digital electronic DC to DC converter. It optimizes to match between the Photovoltaic (PV) panels and utility grid (ESCOM) or battery. Converts higher DC output of modules according to the need of the grid or the battery.

Why is it needed

Let’s consider a 300 Watt solar module and 24-volt battery with a charge of 10 amps. It equals to 240 Watts. A loss of 60 Watts has occurred when compared with modules generation of 300 Watt. 60 Watt will be a loss with no generation due to mismatch with the battery.

MPPT technique is used to avoid such losses and generate the maximum possible at any given time, in the optimizers and inverters.

This MPPT compares the output of the module and the voltage of the utility grid or the battery. MPPT looks for the best voltage for the utility grid or battery and brings out the maximum current from the power. Power (W) = Voltage (V) X Current (I). There are various MPPT techniques. Most of these techniques are 95-97% efficient.

Some of the MPPT techniques used are:

In a case, the solar panel is producing 300 Watts and connected to 24 Volt battery, MPPT takes in the voltage and Current panel is producing say 40 Volt, 9.5 Amps and converts it into 24 volts, 15.83 Amps not letting incur any loss. Happy all.

With respect to the usage of MPPT in DC optimizer technology and string inverter technology, even though the technology remains the same the way it is used varies.

Once the output is passed through the MPPT it is inverted into the AC output. Usable power in the building.

In the case of power optimizers technology, each module is connected with a DC power optimizer. Here MPPT technique is provided at module level not letting the generation of the system go in vain. Possibility of external factors like bird dropping and shadow on one single panel are few of them. Each panel will be having independent MPPT technique generating power irrespective of the adjacent module.

All the power optimizers after optimising the power from each module are connected in series and connected to inverter through a junction box. Each module is independent of each other.

This kind of technology helps better in roofs in various directions, shadows etc. One optimizer can be connected to two modules reducing the need to a number of optimizers but having the benefit of maximum generation.

Technology remains the same in both cases. In string inverters, it is at a string level whereas in case of optimizers it is at the panel level. In optimizer technology, it is also possible to monitor the generation at the panel level. This helps in the reduction of the maintenance work saving time, money and enhancing the generation bringing down the diagnosis of the system to the module level. With module-level MPPT it prevents loss due to module mismatch.

Maximum Power Point Technique (MPPT) as the name says, helps in generating optimal power within the constraints of a string level of module level. This technique is used not just in photovoltaics but also in Wind power in harnessing maximum possible power at that instance. 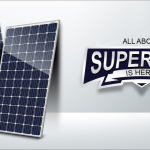